Why do 99% of designers prefer Macs? 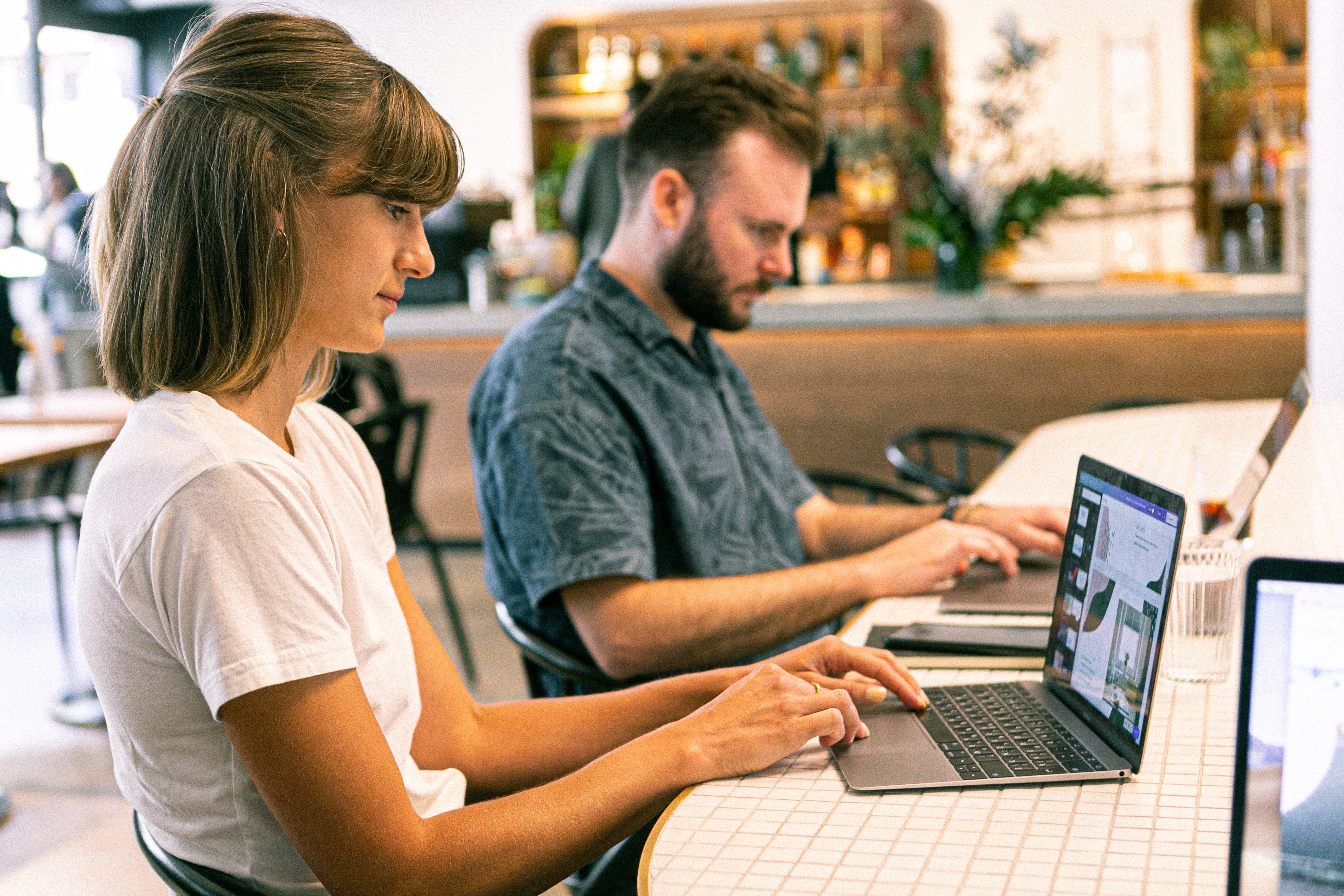 You see them EVERYWHERE.

Being used by UX designers, illustrators, and people in business alike.

Undeniably, Macs are widely viewed as the tool of choice, regardless of where you go or what kind of design you practice.

But why is this? What are the key drivers that have given Macs this prestigious title in the design industry?

Well, if you’re looking for the answer, you’ve come to the right place.

In this article, we examine the key reasons behind why the Mac has positioned itself as the superior tool for designers so you can also decide whether choosing a Mac sounds like the right choice for you.

The story of Macs started in the 1980’s when there was a race to develop a usable personal computer. Apple answered the call by 1984 with its first Macintosh, which was supported by one of the strongest marketing campaigns in history. Users adored the Macintosh's GUI (Graphical User Interface), and businesses loved its desktop publishing capabilities.

By the early 1990’s, Apple dominated the premium and consumer markets – and with the introduction of System 7, they added new networking abilities and colour to the interface. This remained the architectural basis for macOS throughout 2001, then, as Apple's product and operating system became more design-centric, software companies followed suit and began manufacturing design software specifically for Macs. In fact, Adobe products historically were only available on Macs. This only served to reinforce the need for designers to use Macs, particularly as more studios and universities adopted a ‘Mac only’ policy.

Another big factor behind designers using Macs over PC is the simplicity of the Mac operating system. For instance, Apple's operating system is designed to be simple to use, and each new release adds new functionality to enhance the user experience. A clean workflow is also enabled by the integration between applications. This is most noticeable in the company's user apps, such as Photos and iMovie, but it does now extend to professional tools and third-party products. Though Microsoft have worked on Windows operating system to enhance the user experience, Apple wins in the category of ease of use.

Moreover, macOS rarely needs to be updated unless Apple releases a new version of the operating system itself. By comparison, multiple updates and drivers often must be updated throughout the day on other operating systems. As most designers aren’t IT experts, they want to be able to work effortlessly without having to worry too much about maintenance.

Granted, the differences between macOS and other operating systems are less pronounced these days, but Mac still does find favour amongst designers.

Apple's business model, in which they create both an operating system and the hardware that runs it, is admired by designers. This allows for a completely seamless experience where Apple controls all of what happens to a user, from the first encounter to the last. Microsoft does not have this luxury, which can lead to a complete disconnect between the tangible product and the intangible software – particularly when two companies with opposing priorities, philosophies, and even target markets are working on the same product.

In addition to this, designers over the years have fallen in love with small features that fit seamlessly into design workflows and help them complete tasks more quickly. One example of this is the Mission Control functionality (formerly known as Exposé). It was first previewed in 2003 and is still a key component of the Mac product even after more than 15 years. Apple also has a great gesture and short-key suite that is consistent across all their devices, resulting in a very intuitive and predictable experience.

If you own an iPad, iPhone, iMac, or any other Apple device, you're probably already aware of the interconnectivity of the Mac operating system. Indeed, Apple's Mac and iOS devices are easily connected, making it simple to share everything between devices, even allowing you to start a document on one device and finish it on another.

For designers, being able to seamlessly move and access files, projects, emails and more regardless of the device is a clear advantage. If they begin work on their iPad, they can move to their Mac device without problem. If they start notes on their iPhone, they can complete them on their Mac within seconds. While you can sync your mobile devices with a Windows PC, the convenience of Apple devices and smart integration software sells them to the design industry.

Given that in March 2021, the total market share of iOS, the Apple operating system, in the United Kingdom (UK), reached 51.15 percent, it is very apparent that Apple is the brand of choice for many, not just those in creative industries – and that is largely due to the ecosystem they provide.

The question of build quality and product reputation is an essential one for designers, architects, creatives, and more. People in these industries rely on a high level of accuracy to ensure that their work quality is not impacted.

Apple's Mac devices are usually built to the highest quality standards, with attention to both functionality and design details. The end result is often not only sleek and trendy on the outside, but also on the inside.

Although here is no denying that you can in fact build your own PC which could be more powerful or buy a ready-built PC with similar specs, there is something about the Apple Desktop that's inherently cool and ideal for a creative office trying to project a brand message onto both clients and employees. Apple compromises the possibility of custom upgrades which are doable on PCs in order to achieve their slim and sleek design.

Furthermore, while the build quality not only makes Apple devices look good, it’s no secret they last as well; according to research looking into the lifespan of Macs and PCs, you’ll find that they not only last longer, but the complications that may arise with Apple devices tend to be less serious and more easily managed.

Apple and macOS make it very hard for those within the design industry not to like it. However, it’s important to know that in the current climate, there are not any major differences between the Mac and PC. In fact, many agree that it really comes down to personal preference when deciding on what device to use for your design needs. Some love one or the other, but can’t really explain why – they just do. Numerous critics have pointed to status, fashionability, and price as motivating factors for the various platforms. But in terms of key capabilities, they aren't that dissimilar. What matters the most now is the platform which you, as a designer, prefer to work with.

As IT specialists with over 15 years of experience, we have spoken to a lot of people within creative industries; from architects to kitchen designers to manufacturers and many more. Each of them has unique challenges, but when it comes to using Macs for their design needs, many of them faced the same problems which drove them to us.

Want to find out what those were?

Why not download our FREE eBook where you will learn about our answer to making the deployment and management of Apple devices in your workforce a breeze!